With 2 daughters, 4 birthdays, 2 naming ceremonies, 1 wedding and a party planning course, I feel like I’ve become a professional at planning parties! From halls to bouncy castles, play areas to mascots I’ve tried it all, the stress of planning and organising a party can be a lot so this time we decided to try a package party at Build-A-Bear Workshop! 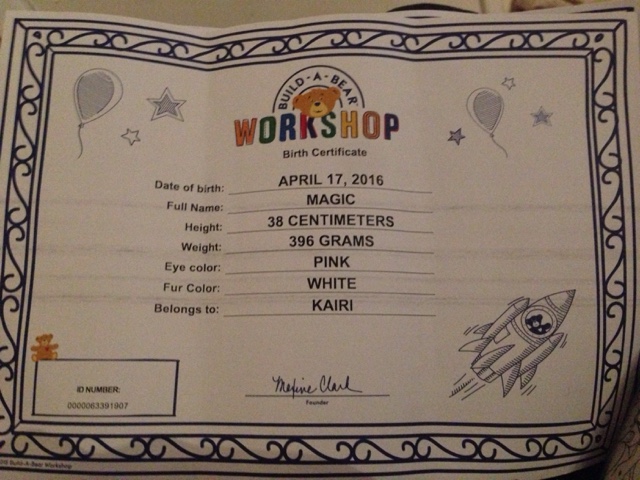 We had never done a package party before so the first thing we noticed was how easy the decision was! Knowing Kairi loves Build-A-Bear workshop meant it was the perfect place. We popped into the store and grabbed a leaflet, there were plenty of staff on hand to help with any questions we had an let us know exactly what the parties involved. The leaflet talked about 4 packages (and also an option to build your own package). The prices range from £10 up to around £35 a child, after a short chat (and a quick phone call to the friendly staff at build-a-bear factory to ask a few questions) we decided on the £23 package which included a bear (up to £23 but we were told up to £24 on the day) an outfit (tshirts, shoes, cape, shorts or dress) and a bag to carry you bear in (it has arm holes at the top!) there were a few more extras which I’ll talk about below! Booking was simple, we went into the store, gave a date and time (we wanted Sunday morning before the store opened for privacy, but it was already booked!) put down our £25 deposit and left with a smile! The only preparation we had to do for the party was printing off the free invites and handing them to Kairis friends.

Party day finally arrived and we excitedly stood outside the store awaiting the doors to open! Once the doors were opened we walked straight in and were greeted and were introduced to our party host (who was bubbly, friendly and lots of fun!) she asked plenty of questions about Kairi and explained the building process to us all. We were ready to go and so excited! After being told what bears we could choose from (which were all except 3!) all the children (and the excited adults!) rushed to choose their new friends! Of course, Kairi chose a ‘Pony’ (My Little Pony) and her friends chose a Dog, Peppa Pig and 2 ‘Frozen’ Elsa bears.
We were on to the stuffing! While the party host held the Bears to stuff then, the children took a big part in helping to fill their bears by controlling the foot pedal! Myself and Ryan went and hid in a quiet corner and recorded a message to go in Kairi’s bear ‘Happy Birthday Kairi, we love you’ we also grabbed her a ‘heartbeat’ (a pulsing heart to go inside the bear too!) the lady added these and continued to let all the children ‘fill’ their bears! 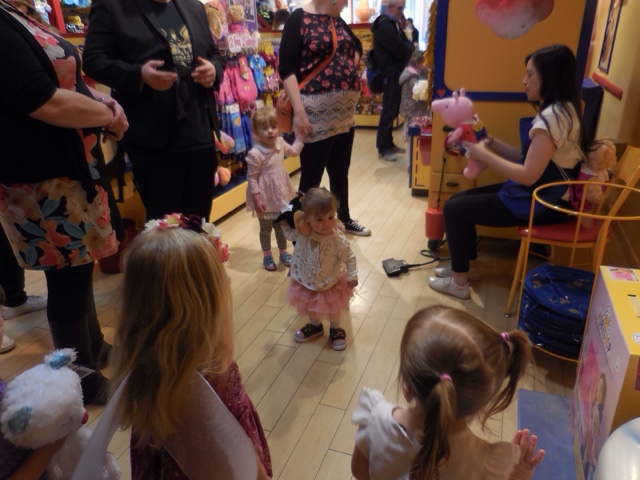 We were onto the ‘heart ceremony’ which brought a tear to my eyes! Each child chose their own Miniature heart to put in their bear and were also given a mini card heart too. They were asked, by the fantastically enthusiastic party host, to put their bears on the floor and hold the 2 hearts in their hands, the children were asked to rub the hearts on their hearts (to share love), their tummys (to keep the bear full) as their heads (to keep them in their bears thoughts) as well as other thing. The last thing they did was make 2 wishes (1 on each heart). They put 1 heart in their bear and the other heart was put into a special giant heart and put into Kairis bear to keep all the wishes from her friends close! (Along with her heart). All the bears were then quickly sewn up and the children had a chance to brush and fluff them! 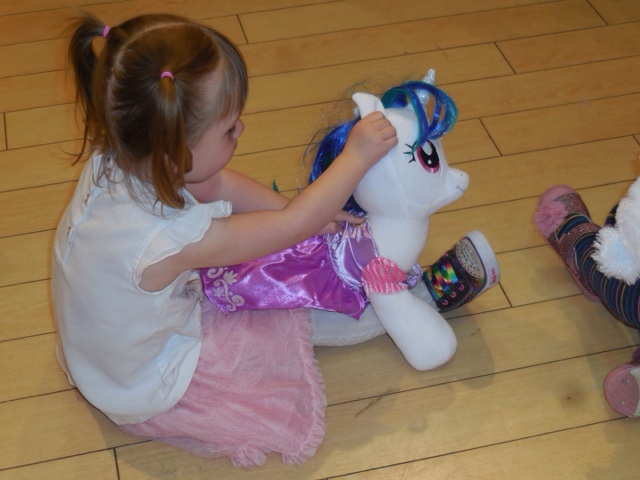 We then went to chose our item of clothing, we were all amazed at the wide range of items available! Kairi, of course, didn’t want a Pony Cape for her Pony, but instead wanted a Rapunzel dress which the party host happily made fit on her pony! The other children chose Peppa Pigs Fairy Outfit (Peppa came with her Red dress too!), Dog Pyjamas, Elsa’s dress and a wedding dress. Once all the bears were dressed we stopped for a quick photo. (Which Kairi, of course, didn’t want!) 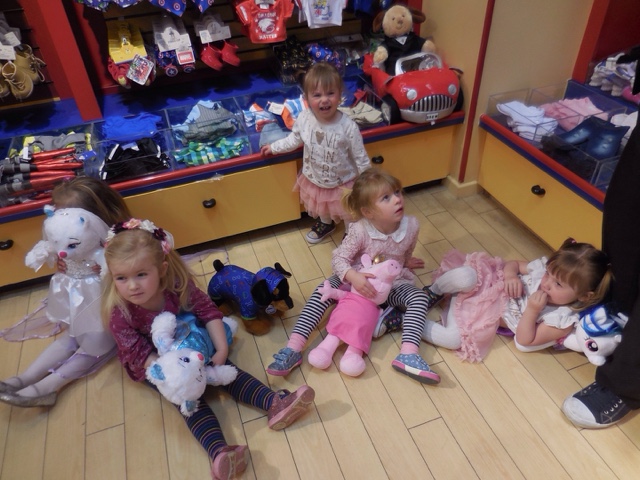 Each child was then given their bears ‘birth certificate’ (with their name and the name they chose for their bear on) in a bag which also holds their bear (which even had armholes!) the bags were blue or pink and the girls all chose pink! 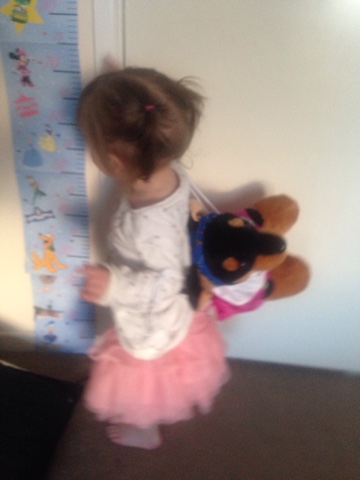 We were then asked to go to the front of the store where a loud bell was rang so the store listened! The Party host announced announced ‘My friend Kairi is having her 3rd Birthday on Wednesday and I’d like everyone to sing Happy Birthday with me’ she held a plush birthday cupcake (for the teddy bear) in her hands which had a light up candle, the whole store sang happy birthday (Kairi went shy) and then she asked Kairi to blow the candle out! (Which has now been given to her original bear a along with the Rapunzle dress!) 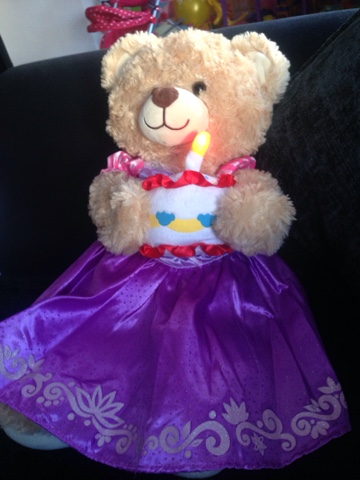 Overall the whole party was fantastic! All the children were so pleased with their bears and all the parents were planning on their own parties or going back with older siblings in a few days! Kairi had a fantastic time and Naminé wouldn’t let her dog go!
The staff were all amazing and went above and beyond (they offered to keep one of the children’s buggies out the back so we could enjoy the experience!)
We had 5 Children aged 1 to 3 and they each had a fantastic experience. Build-A-Bear Cambridge really is a fantastic place to hold a party and we will definitely be back in the store again soon! If you are looking for a Birthday present to take along then why not check out our Poundland Book Pack Review!

If you would like to see more then subscribe to us on YouTube ‘Mummies Waiting‘ where we will uploading Kairi’s Birthday video shortly!
Don’t forget to let us know your ideas for parties in the comments below!