Camping is a great experience for children of all ages. From jumping in muddy puddles to erecting the tent there is plenty to do and lots to lean (like how I  should pack white tights!). Finding a great family camp site can be hard, especially if you’ve never been before or have no idea what you’re looking for. That is why I’m sharing our review of Haven’s Wild Duck Park and my top tips on picking a great site! Don’t worry, if camping is not for you they also have a wide range of caravans (even prestige!) to stay in too! 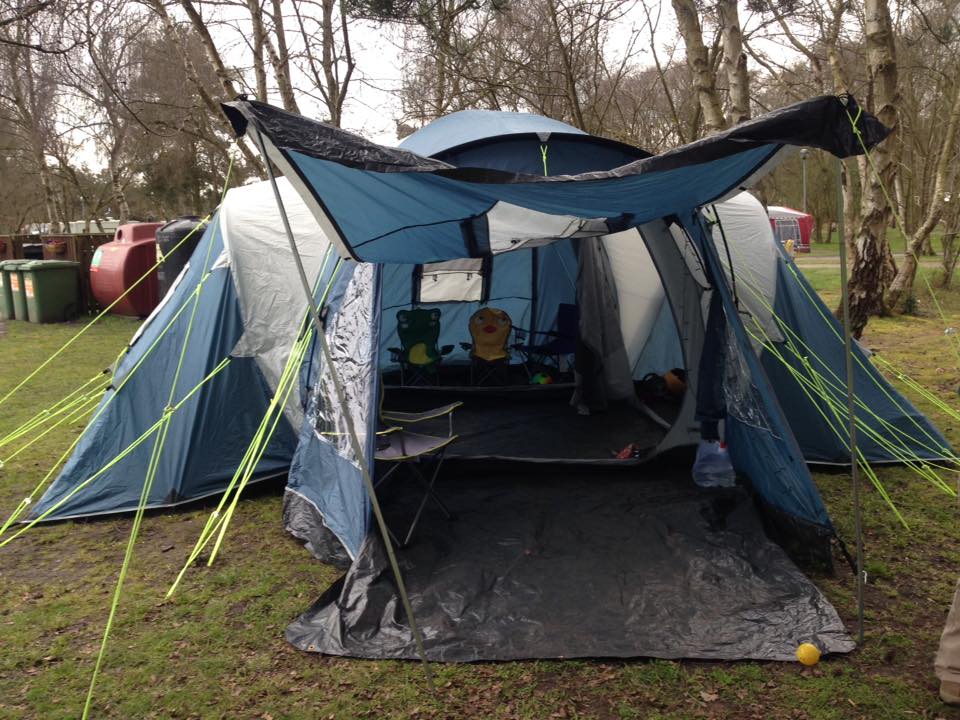 Camping and Touring Facilities
We arrived on site at around 2:30pm and were greeted by one of the parks mascots before checking in, where we were given a map, our park passes, an activity programme and told how to get to the camping and touring area. We drove down and were met by a lady in a buggy, she asked if we would like to be near the toilets or not and I asked if we were able to be close to our friends who were arriving later. We followed her down the road and she got us settled in a nice area under trees (We had booked a Non-Electric Hookup Pitch). The lady (who I believe is either Tracy or Caroline, but I could be totally wrong!) made me aware of where the water point, the toilets and the park were and then left us too it. (She drives around regularly so check on everyone as she passes). 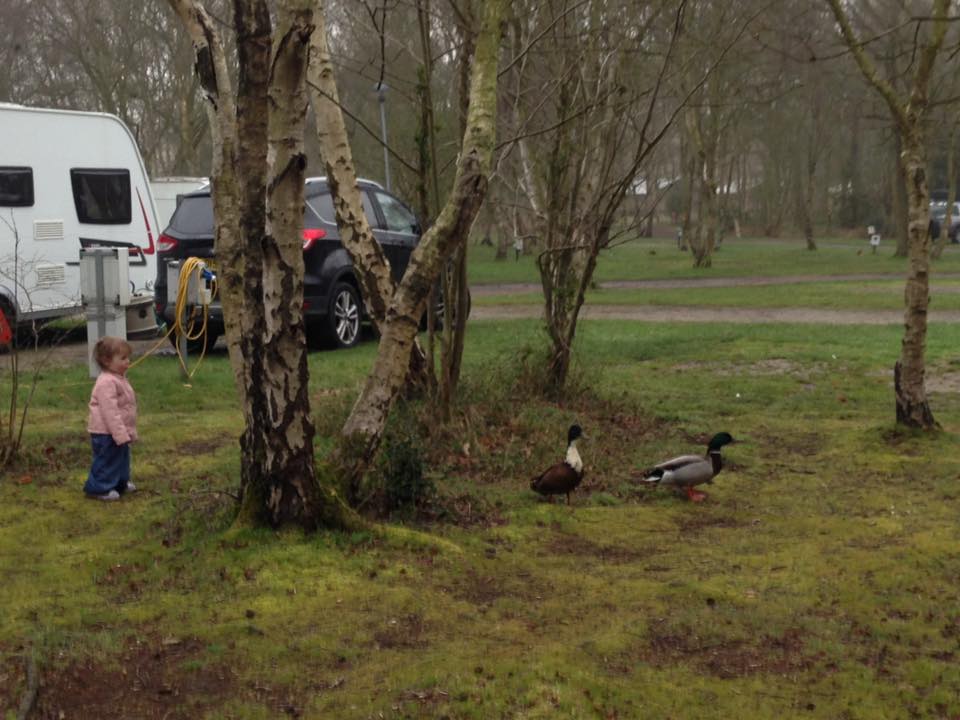 We quickly got to work and got our tent up (which took a LOT of work because the camp-site was very stony underneath!) and then went for a walk to look around. The water point was just behind our tents and near the rubbish and recycling area, both areas were clean and the water area had very good draining and 8 taps so there was never a long queue. The washing up and the toilets were both very surprised, the washing up area was inside with 4 sinks and real draining boards! There was a bin for waste, the whole room was always clean and there was a chest freezer for anyone who would like to use it! 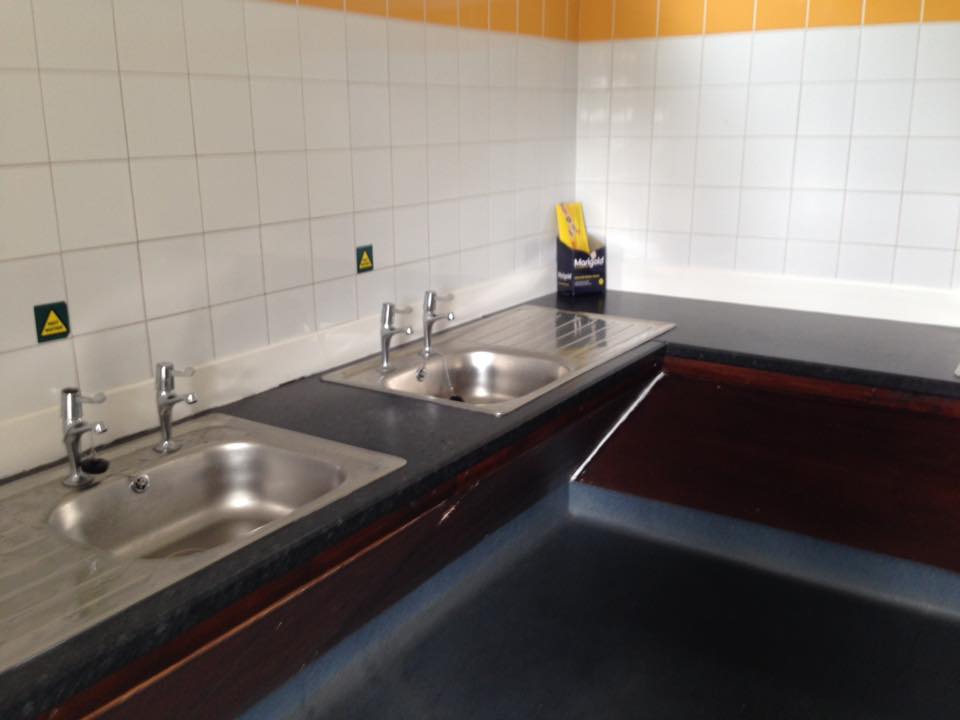 ‘Best camp-site toilets I’ve ever seen’, those were my thoughts when I first walked into the bathroom! There were 10 toilet cubicles and 10 shower cubicles (some with a plastic chair for people who need to sit down. The shower trays were raised which meant the water doesn’t end up hitting your dry towels and clothes and there was plenty of space. The bathroom was also equipped with 10 sinks with mirrors and a change station and plenty of different bins. It was cleaned very regularly. 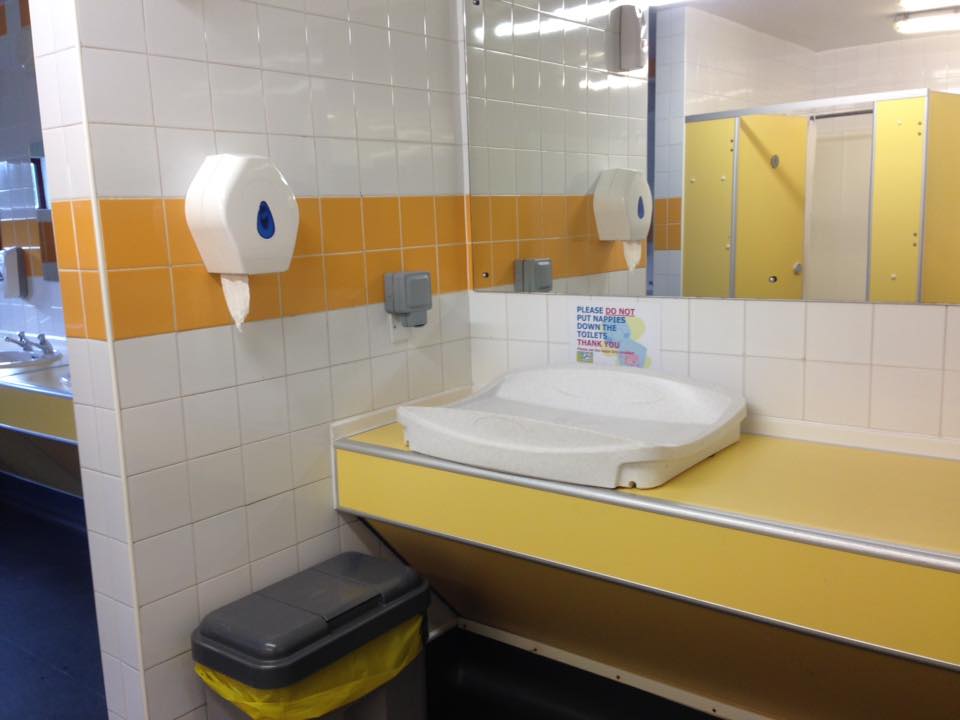 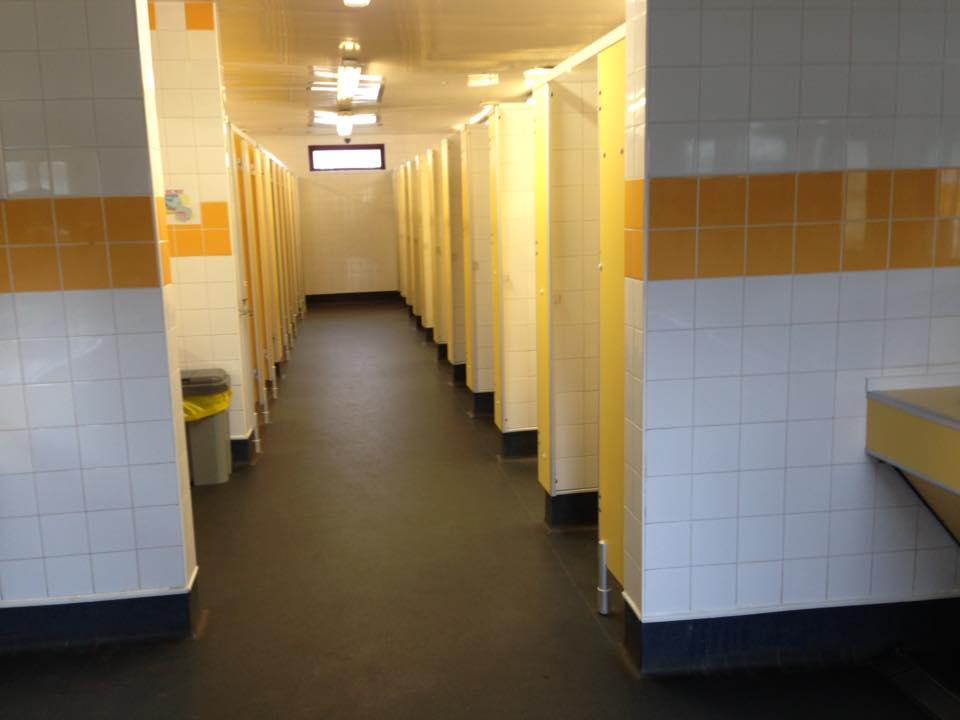 A Launderette and Elson point were also on site, but I did not look at or use either of these.

Staff
Every member of staff we saw and spoke to (except the guy on the desk at the swimming pool) was happy and friendly. The staff in the food areas would chat and have a laugh (when you ask for a spoon they would offer it to you and then take it away as you try to grab it – this is a laugh at any age!), the security would have a laugh with guests and the people in the shop and reception were happy and helpful. The lifeguards were all fantastic and did a great job too. The lady who ran the camping area was fantastic and would go above and beyond, helping with anything anyone needed. We didn’t use the chip shop, but I’m sure they were fantastic too!

Shop, Dine and Play!
The onsite shop was well equipped and was a pretty good price, I managed to pick up a bug catching kit for Kairi for £1, bacon rolls in the hot food section were £1.50 and there was a reduced bucket too. On the camping shelves, a few pieces like cooking utensils and water carriers were around £3 which was not too bad, but they were the same ones I had brought from Poundland’s Camping area so I felt this was quite a markup! We were a bit shocked that the shop didn’t sell gas canisters for stoves too but as the site has a bus stop into town at the entrance this wasn’t a problem at all. (Also its a 5-minute drive in the car!)

The swimming pool was clean and tidy, the changing rooms were spacious (equipped with 2 family rooms), there was a hoist for those who need help to get into the pool, plenty of floats and things to play with. There was a little pool and a big pool (there is also an outdoor pool somewhere on the Wild Duck site but we didn’t bump into it!) During lunch hours the pool closes and is only open for payable activities (£4) these are things like water walkers (clear balls), pedal boats and a whole range of other water sports! The front desk also had a few bits for sale; float jackets, armbands, swim nappies etc which were all reasonable. (Swim nappies £1)

The Playground was clean and tidy, it was well equipped with newer and older ‘rides’ and was visible from certain parts of the camping site. One of the slides was broken which was a shame, but it was taped up so nobody would use it and get hurt. 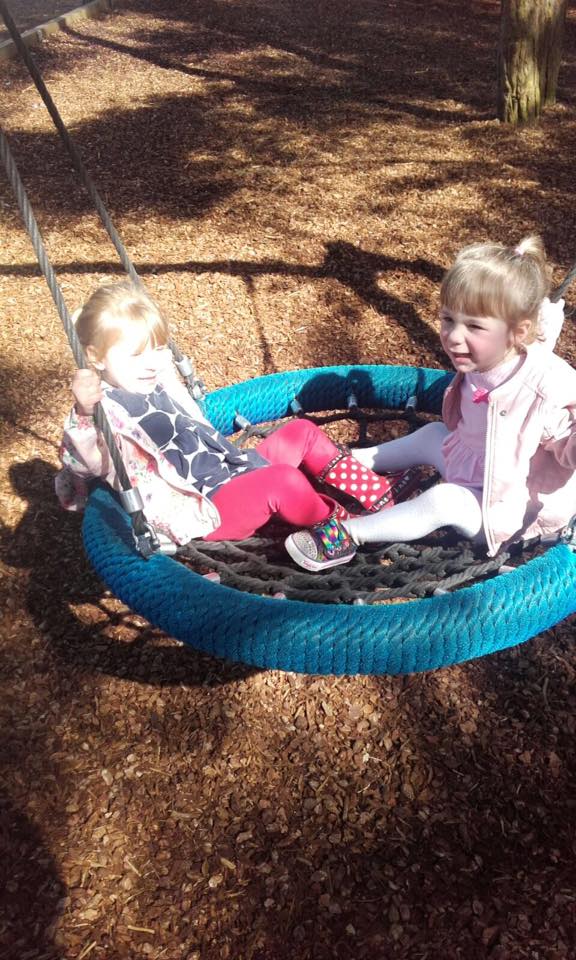 There were 2 sports areas on site, an outdoor Multi Use Games Area (suitable for football, basketball, netball etc) and indoor are which was used for planned activities (such as archery, kids games, shooting etc) The indoor area looked like it needed a bit of a tidy, the staff had shoved a lot behind the curtains, but there was also a lot out that looked messy and untidy. We attended one Children’s Sport (bookable but free) activities in there, the staff had put a few balls, 2 gold sticks, bowling pins and 2 foam swords out but to be honest it was like a disappointing free for all, we walked in and we were just told to play with what we liked. They did eventually make an effort to play with 1 child, but gave up after a few minutes. 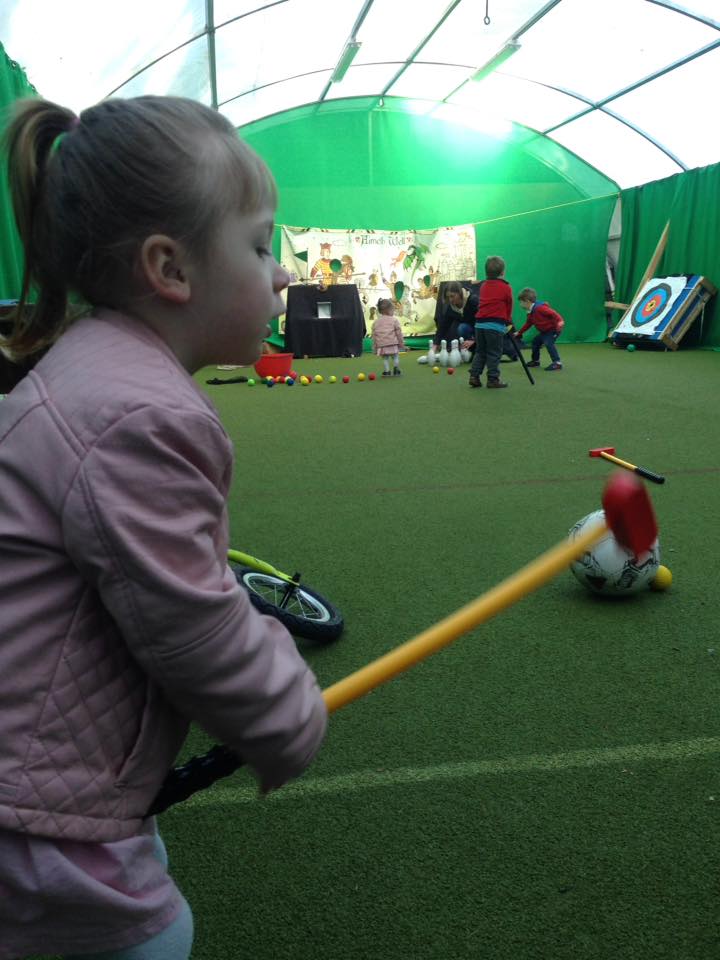 Haven’s Wild Duck park is fantastic for wooded walks and beautiful views like waterfalls, fountains and ponds. There were squirrels, ducks, rabbits and birds everywhere and it was really nice to grab some duck feed and go down to the pond to feed them. 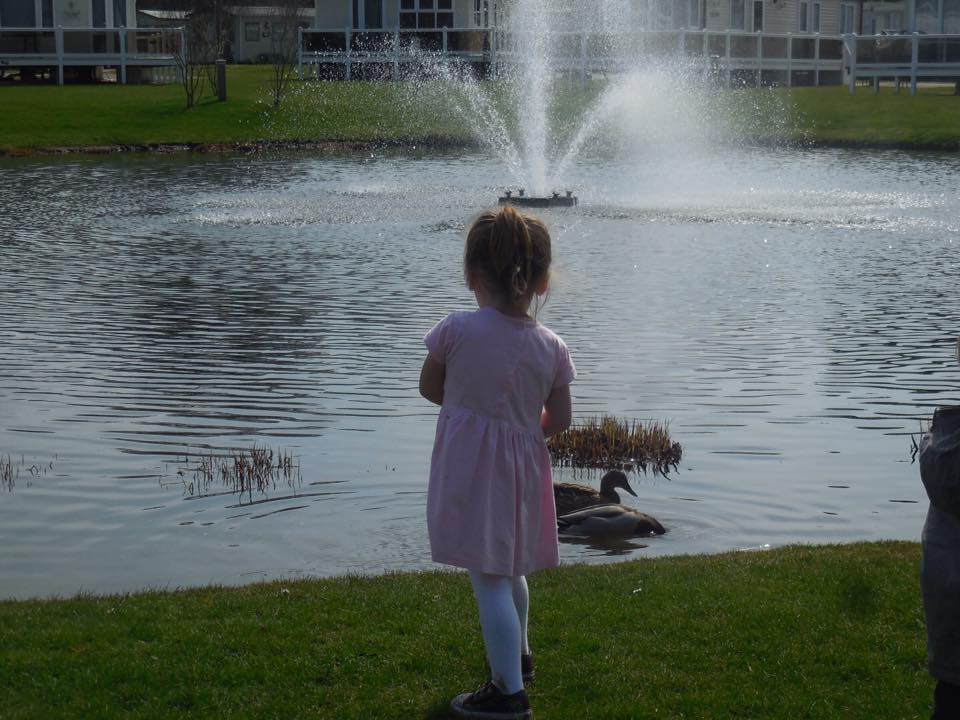 We went to the pub/restaurant to eat a few times. The prices were pretty good and the food was really nice. A cup of tea or coffee was £1.80 but for £2 you could have access to unlimited refills! Cooked breakfast was around £3 and was very filling also! Dinner wasn’t too badly price, it was around £17 for an adult meal, a child meal and 2 drinks, I didn’t feel the food at dinner was up to the same standard as breakfast, but everyone else in our party enjoyed their meals so perhaps it was just my burger. 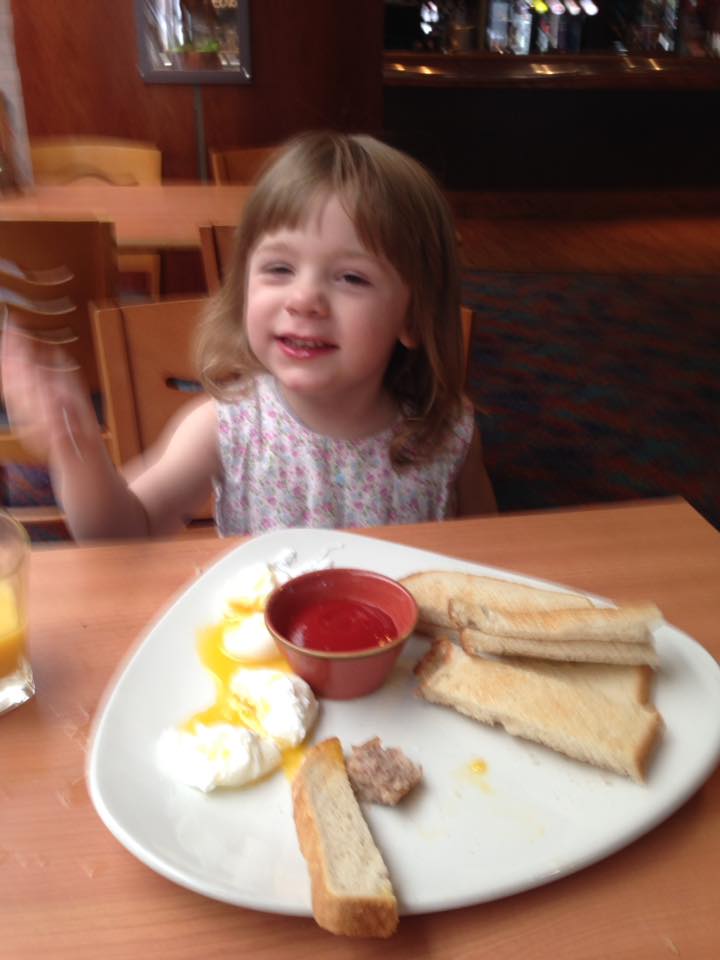 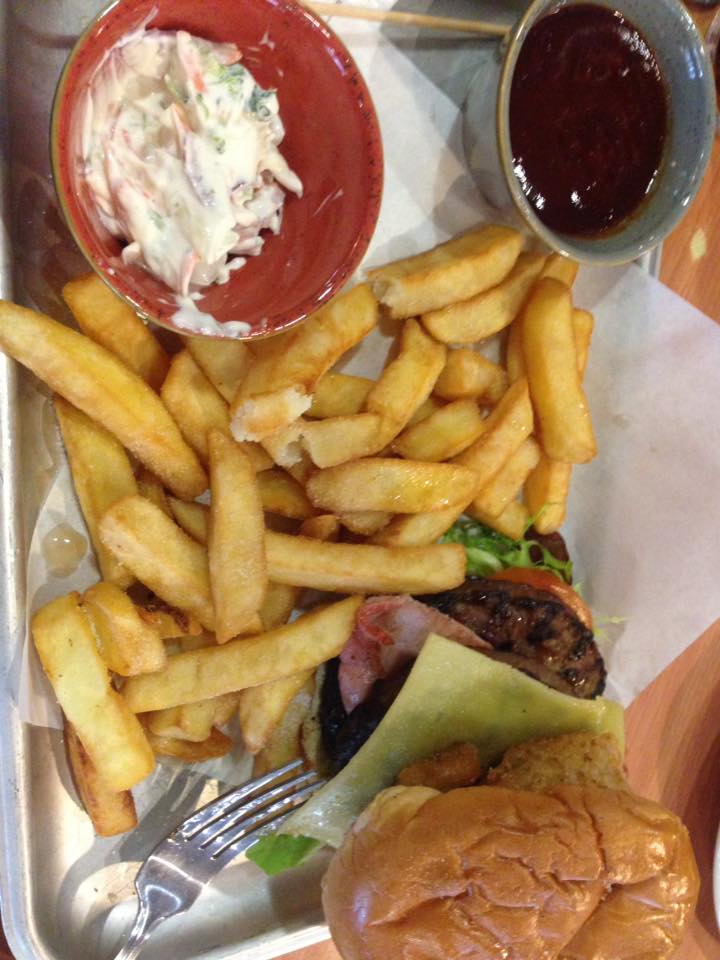 The site has an entertainment team and programme. In the daytime there are a range of different activities going on (in and out of the pool) unfortunately for us most activities were either for over 4’s, cost £4 per person (which was usually for only 30 mins!) or canceled! The activities we did see were mini sports (children’s sports which I talked about above) and coloring in. This was such a shame for us as we use Haven for their fantastic activities! We didn’t really get to check out the evening entertainment, the sound was far too loud for my children (even for me), Kairi ended up screaming and panicking like she was in pain so we left straight away (our friends said they could hear the music from the tents!), there was noway we were getting her to go back, which is sad because music is usually the bit she enjoys the most, but from the look of the programme and what I’ve experienced from Haven before it looked good. Note: We were there in term time so it’s likely that half term and holidays have a much better programme! Also, the weather was pants for us! Hail, rain and storms the whole break except for half a day, so make sure you pack something like Randomise! (Card Game)! The site could really benefit from an indoor play area like most other sites we have been too. 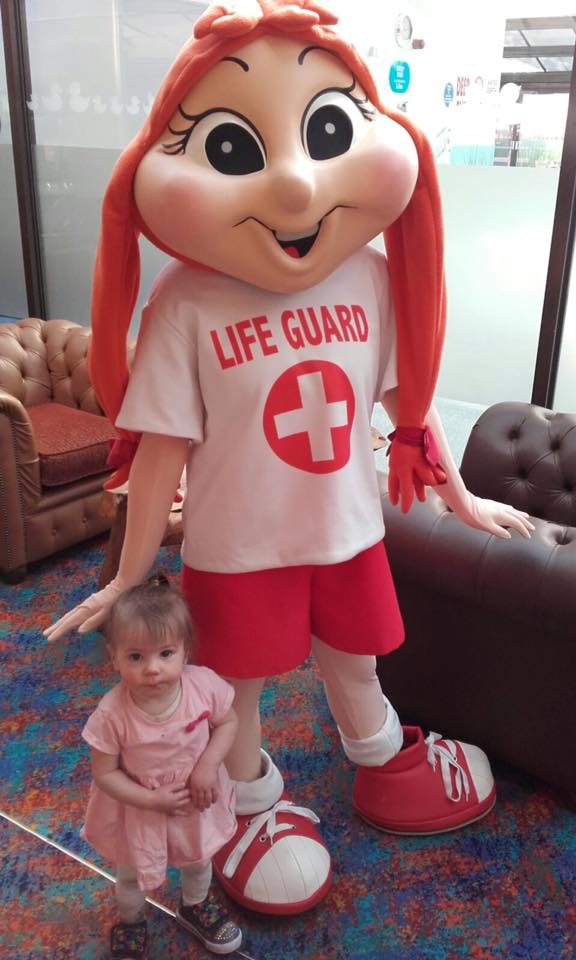 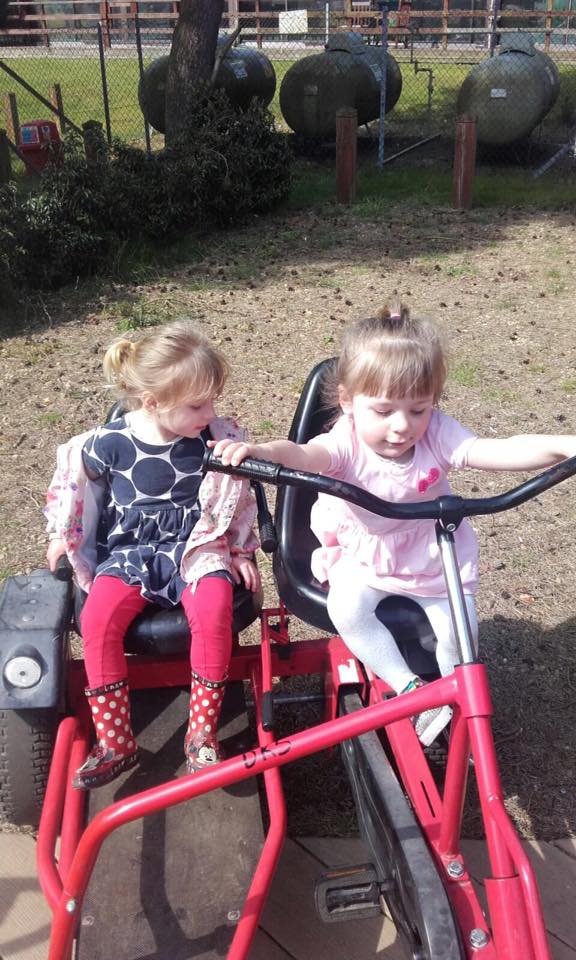 The Amusements were also very good there was a wide range of things to do and the price wasn’t too bad, the girls went on 2 rides and we had our picture ‘drawn’ too, all together I spent about £5. 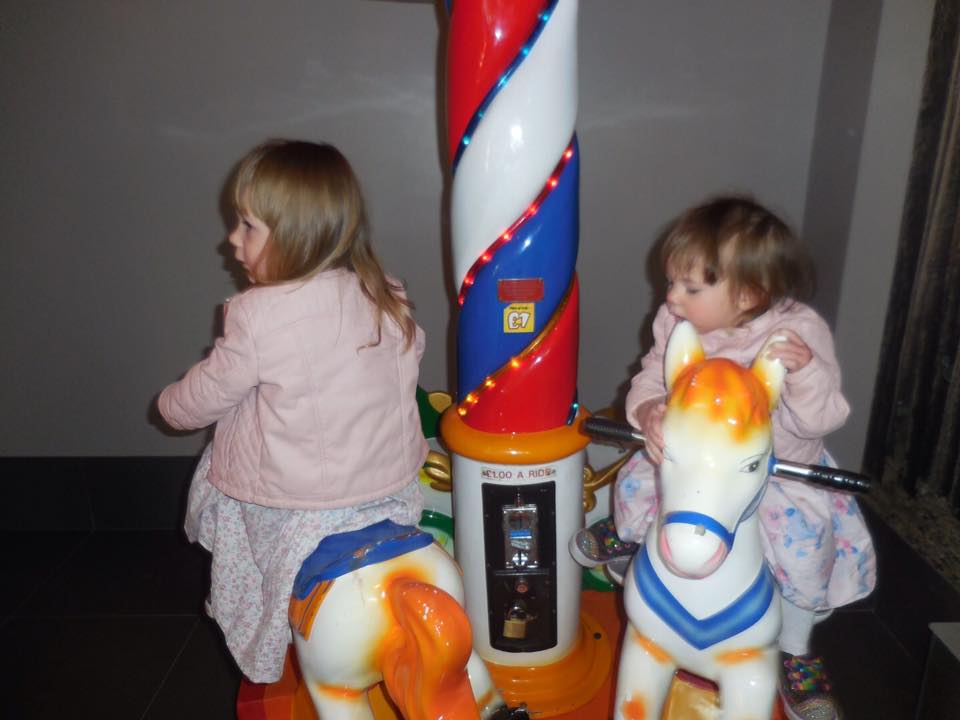 Overall we absolutely love Haven’s Wild Duck park (along with all their staff) and we are already looking back at going camping (and joining the Freedom Trail club!) and also renting out one of their caravans too (because my family don’t camp!) Its the perfect break for families of all ages, there is plenty to do and tones of fun to be had, you can see they really put money into the site and add plenty of those little touches (such as large and small duck footprints everywhere!). This could be our new favorite camping space!